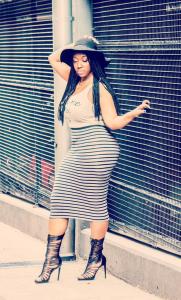 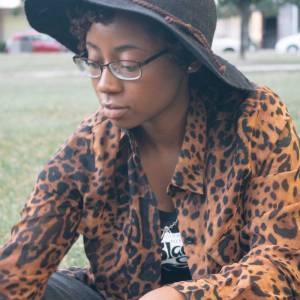 During my college years I came across a film on Netflix titled “A Good Day to be Black & Sexy.” After watching, I wondered why it took me so long to watch it. I’d scrolled across the film many times and now I wanted more. “A Good Day to be Black & Sexy” was written, produced, and directed by Dennis Dortch, creator of Black&SexyTV. From that film, I began following Black&SexyTV on YouTube. The content was great and relatable; the characters looked like me, the settings of the series were familiar and the music was authentic and meaningful.

Some of the featured artists that I really took a liking to (and noticeably so have others) are Morisha Danee` and Kira Hayze. Both ladies have unique styles and the greatest vibes. Morisha Danee` is more soulful, while Kira Hayze is more eclectic. Both ladies musical content is full of feels – love, sexy, hot and steamy and so much more.

So who are these two young women and what do they bring to the music world. I’ve had the pleasure of speaking with them both and let me tell you, these ladies are down to earth, full of great spirits and gifted with talent!

Morisha Danee’ is an artist, arranger and songwriter from Country Club Hills, IL who is striving to live her dreams. This talented young lady gives off a soulful vibe with her soft, sexy melodic ballads that will always put you in a mood.

Her song Baby Baby is used as the intro song to Black&Sexy’s “Becoming Nia”, but her song Favorite Fantasy is what really kept me checking for new music from her. It’s really grown and sexy! From Say You Will to Attention, there’s a little somethin’ somethin’ for everyone.

So who exactly is Morisha Danee`? “She is positive and real with herself, real with emotions, real with everyday life,” the artist speaks of herself. As someone who followers her I can attest to that. She’s inviting and really laid back. In conversation she seems like an old friend who has always been around.

With musical inspirations like Sade, Stevie Wonder, Minnie Ripperton, Michael Jackson and Jill Scott there is no way she could loose. She’s going full-force into music and giving it her all. “I quit my job to pursue music full time,” Morisha shared, “I direct a youth choir at my church West Oak Grove CoC.” She says she spends a lot of time with members of the youth choir in hopes of being a positive impact. “They are the future. The way the world is today, children are in need of a place where they can go, be creative and just be themselves.”

And being oneself is something Kira Hayze knows all about. The 22-year-old’s love for music started early on. A native of Fayetteville, NC, Hayze began writing music at the age of seven, by age 10 she began rapping, she was recording in a childhood friend’s studio at age 11, and singing by age 12.

As an only child she turned to music for conversation and entertainment. “I liked to remix songs,” Hayze confessed, “I’d hear a rap song on the radio and then I would try to make it funny.” So what, or should I say who, turned this songwriter to try singing? Drake. We all know after acting in Degrassi Drake started putting music out rapping, then he began singing all of the emotion-filled songs we love today. Once Kira Hayze added singing to her resume, people took notice and liked it. “I never thought I was that good of a singer,” admits the more reserved artist, “but people really just rocked with it so I kept doing it.”

She, unlike other artists I’ve researched, doesn’t have videos online of her performing (I’m still searching). She doesn’t like a lot of attention and has no problem with being in the background, except she really can’t. With big talent like hers, it’s just a matter of time before she is in the spotlight, a small spotlight of course. “I wouldn’t perform at some place big, maybe something small like a coffee shop. Something intimate where people want me to perform.”

She doesn’t view herself as an artist, but a songwriter who hopes one day to be a great storyteller. Drawing her musical inspiration from her everyday life and other artists she just wants her words to be relatable. “I grew up listening to R&B, like 112, Joe and then I got older and started listening to Rock,” she shared, “If I can really relate to what you’re saying or visualize it while you’re talking, that’s the stuff I like. The J. Cole’s Kendrick Lamars, people like that.”

Currently she’s had songwriter James Fauntleroy’s mixtape on her playlist. She says Fauntleroy is one her favorite writers in his fearlessness to explore a range of topics. “He’ll talk about aliens in space and how he fell in love with a girl at the same time. He’s a very talented writer.”

Both ladies are currently busy making moves in hopes of getting closer to their ultimate dreams. Kira Hayze is currently finishing up college and is looking to move to LA to continue her pursuit of music. Morisha Danee` is currently working on her second full album and her very first indie tour “ The Project” with indie hip hop artist Lukane.